It was a historic moment. Shortly after the hammer fell for the final lot, Markus Eisenbeis was handed a pair of white gloves. In the world of auctions, if all the lots in a sale are sold, it is called a white glove sale.

The Achenbach Art Auction was a sale for superlatives. Containing around 2,300 works, it was the largest auction of contemporary art that has ever taken place in Germany. It solidified VAN HAM’s status as an auction house with expertise in and commitment to contemporary art. Equally record-breaking was the size of the exhibition space – over 1,800 square meters—as well as the saleroom, which spanned nearly 800 square meters. At times, more than 300 bidders appeared in person in the saleroom. In total, around 2,500 bidders registered, of which approximately two-thirds were new clients. Nearly 6,000 bids were recorded in advance of the sale, while numerous other bids were submitted in the saleroom and via our online bidding platform. This spectacle was accompanied by an amount of media interest never before experienced at Van Ham. After a marathon of four days of sales, VAN HAM recorded a total turnover of around 9 million euros, making it the most successful sale in the history of the auction house.

On the sale days in Düsseldorf, groups of works by artists such as Heinz Mack, Markus Lüpertz and A.R. Penck proved to be especially popular. So many bidders vied for the bronzes by Jörg Immendorff that all the lots were sold. Indeed, naysayers could not deter bidders from Immendorff. The objects achieved a new level of success. The biggest surprise in the sale came from a work by Joyce Pensato. With a result of 68,750 euros, it became the most expensive lot sold in Düsseldorf. At the same time, VAN HAM established a new international sale record for the artist, almost doubling the prior record.

The highlights in Cologne also sold like hot cakes. Over 250 bidders stood in a line outside of the saleroom, while fifteen telephone operators were continually connected to the world. Gerhard Richter led the sale: all three of the offered works achieved six-figure results. His piece 04.27.2008 became in turn the most expensive lot in the entire sale with a result of 316,250 euros. Other outstanding results were achieved for Imi Knoebel’s three-part work “Sandalwood” from 1997. An impressive 130,500 euros came together here, while Frank Stella’s work “Assemblage” from 1993 increased enormously to a result of 123,750 euros. 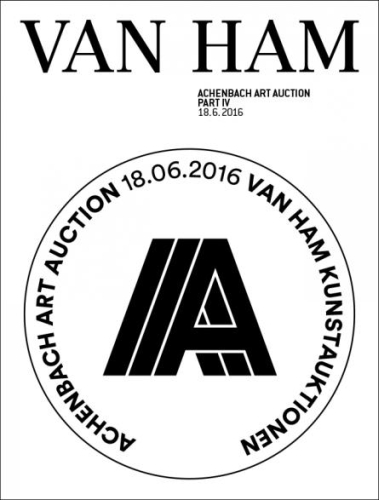 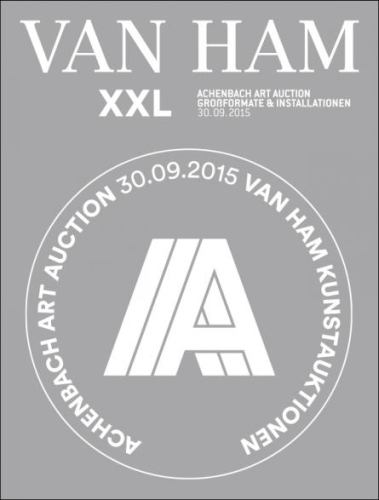 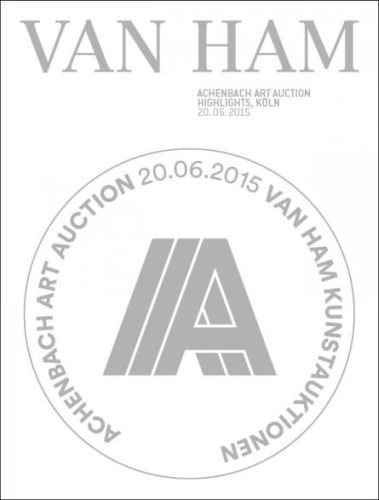 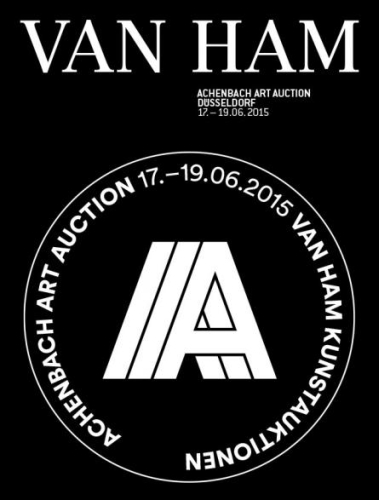