The collector, author and curator Wolfgang Thillmann has built up an impressive collection of furniture over the past decades. The focus is on furniture made of bent wood. He has collected more than 200 pieces, primarily furniture from the Thonet company. The collection contains exemplary furniture from the period from 1850 to the 1960s, not only chairs or armchairs, but also other types of furniture such as tables, rocking furniture, couches, children's furniture, dolls' furniture, salon furniture and much more. On 22 January 2019, the entire Thillmann Collection was put up for auction at VAN HAM in a one-off special auction.

At a young age, Thillmann was already enthusiastic about Michael Thonet, the cabinetmaker from Boppard, who later built up a global company in Vienna and, above all, sold the famous "coffee house chair" made of bent beech wood millions of times all over the world. At the beginning of the 1990s, he and his wife were looking for furniture for their common house, which was to be furnished with Thonet furniture. With great passion a collection was created, from which later requests for loans for exhibitions in such important museums as the Museum of Applied Arts in Vienna, the Wien Museum on Karlsplatz, the Grassi Museum - Museum of Applied Arts in Leipzig or the Roentgen Museum in Neuwied came.

But not only collecting but also research and writing became Wolfgang Thillmann's passion. In archives in Germany, Austria and the Czech Republic - where the majority of Thonet's factories were located - he found previously unpublished and unknown material on the history of the "Thonet Brothers" company, which he was able to incorporate into his numerous essays and books. He got to know other experts on the subject of Thonet, became friends and a circle of connoisseurs was formed which meets again and again, especially for expert discussions.

Now retired, Wolfgang Thillmann has the time, but also the discipline and patience to put his extensive knowledge on paper. He has been involved in numerous exhibition catalogues for many years. One of the first standard works from his hand is the book about Michael Thonet's bentwood chair no. 14, the "Kaffeehausstuhl", which he published in 2015 and which was sold out within a very short time. Together with the Roentgen Museum Neuwied, he compiled the catalogue for the exhibition "Roentgen, Thonet and Modernism" in 2011.

His current book is called "Layers - Furniture Design from Classicism to Modernism" and is the accompanying book to the exhibition of the same name at the Roentgen Museum Neuwied, which he curated. This comprehensive and excellently designed publication with new and sometimes astonishing scientific findings will also develop into a standard work on the history of furniture design. This book presents furniture made of laminated and plywood, the former a material Michael Thonet used for his early furniture, but which was known and used by important cabinetmakers even before his time.

Wolfgang Thillmann's expertise is now in great demand in major museums and institutions. He advises them on their exhibitions and events. Being a friend of the management of the Roentgen Museum in Neuwied, he not only supports the museum in its publications and presentations, but is also always helpful when it comes to producing high quality photographs or editorial work on various publications. He guides groups of visitors through the presentations compiled with his assistance and provides knowledgeable information about the treasures on display.

After many years of collecting, Wolfgang Thillmann has now decided to sell his important Thonet collection. On the one hand, it is regrettable that it will be dissolved, on the other hand, the pieces of furniture will find new owners, who will then enjoy them. As in the past, one or two pieces of furniture will certainly find their way into a museum and can thus be presented to the public in the future. 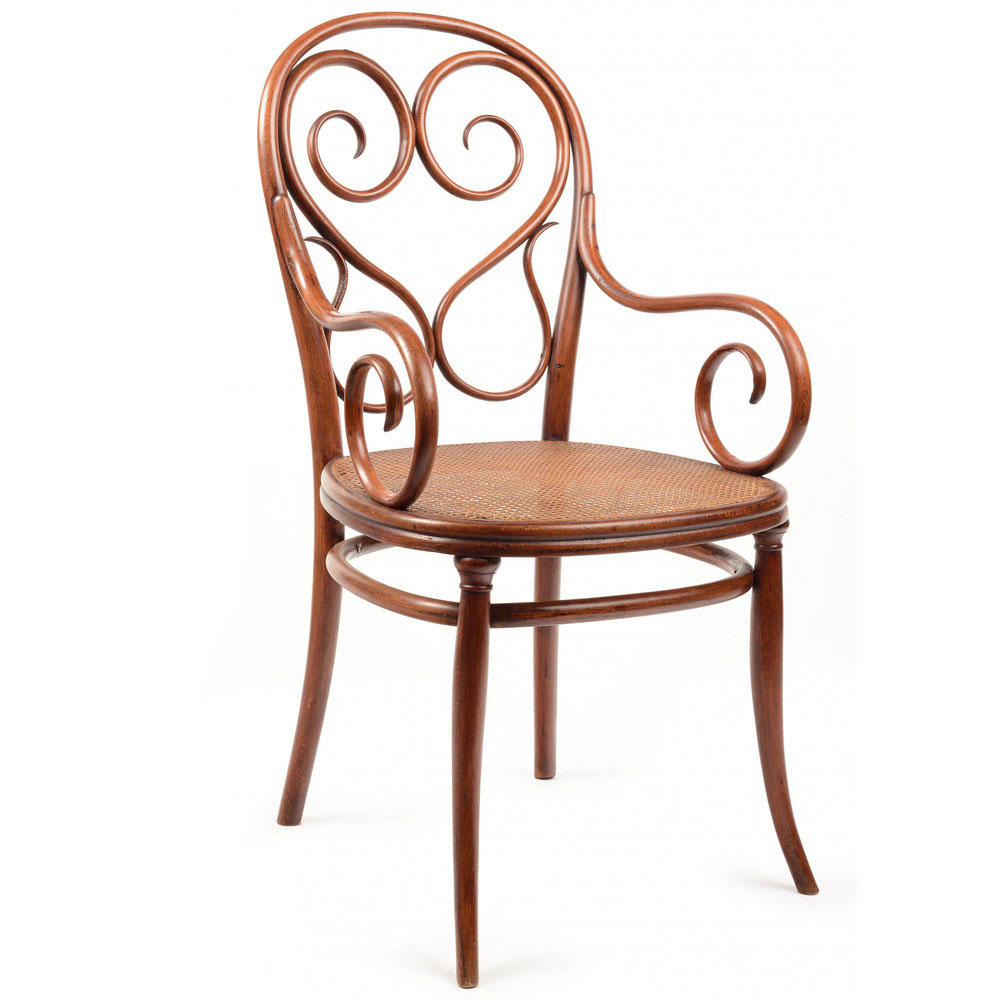