When renowned art adviser Helge Achenbach started the Rheingold Collection in 2002, it was his expressed ambition to give new impetus to the Rhineland as important and time-honoured site of the art world by means of this project designed as an art fund.

Since the early 1990s, the Rhineland was increasingly overshadowed by Berlin - hence it made perfect sense to effectively strengthen the site of the highest densityof collectors and museums in Western Germany. With this idea Achenbach could convince wellknown and financially strong fellow collectors: the Viehof brothers as well as the entrepreneur couple Brahm-Dörge. They made it their joint mission to build a collection of contemporary artists with ties to the Rhine region and with an affinity for the Kunstakademie Düsseldorf(Art Academy of the City of Düsseldorf).

The acquisitions of these joint collectors were conducted at the advice of the directors of renowned museums of the region. Thus, Veit Loers of Museum Abteiberg, Mönchengladbach, Kasper König of Museum Ludwig in Cologne, Barbara Engelbach and Klaus Bußmann of Museum für Gegenwartskunst in Siegen, and Jean-Hubert Martin of Museum Kunstpalast as well as Ulrike Groos of the Kunsthalle in Düsseldorf were won for the advisory board. This high-profile advisory board was a guarantee for the collection to only acquire artists and works of highest relevance and no works as a mere matter of compromise.

It was a win-win situation for everybody involved: the museums gained loans, which they would otherwise never have come by, respective publications were financed through the fund, and occasionally they would receive gifts from the collection. The exhibition provided public access to the collection and bestowed it with distinguished provenance. The artists and their gallerists profited from the fact that the continuity of the collection was set at a minimum of 20 years, and they were thus willing to sell larger bulks for long-term investment, enough to set up entire exhibitions. The Rheingold Collection in turn benefitted from owning larger series of works by individual artists, as this allowed for the presentation of the whole scope of a creative phase. Daniel Richter's small-format series for instance, which is featured in this auction and expresses the artist's imaginativeness.

The main focus of the internationally oriented collection was on art from the Rhenish scene, which - not least due to Achenbach's keen intuition- backed the right artists, such as Joseph Beuys, Sigmar Polke, Georg Baselitz, Imi Knoebel, but also Neo Rauch. Although there were no limits to the selection, painting, drawing, and photography were preferred genres. Nonetheless, the so-called 'Edition Bewegte Bilder'(Edition Moving Pictures) added video pieces to the collection. Thus, ground-breaking works by Markus Schinwald and Kim Sooja are featured in the auction sale. Achenbach's personal passion, however, was photography, and hence iconic works by Candida Höfer, Beat Streuli, or Thomas Struth are part of the collection. Even the monumental 'Freischwimmer' series by Wolfgang Tillmans, which gave a whole new direction to his work, is represented by two pieces. The tremendous increase in value of these works by Tillmans over the past years and the large retrospective at London's Tate testify to his success.

With the addition of large parts of the Speck Collection from Cologne in 2007, the history of this site of artistic interest could be reappraised. A year before Helge Achenbach was found guilty of fraud the owners had already divided the collection among them by lot. In the course of several lawsuits against Helge Achenbach, his share of the Rheingold Collection was seized, and is now realised accordingly in the upcoming auction. The Rheingold Collection henceforth merged into the collections of the other owners. With the sale of the Rheingold Collection Van Ham follows in the footsteps of the four 'Achenbach Art Auctions' of 2015/16, which were met with great public interest and already sold some 2.500 works from Achenbach Art Consulting at record prices.

Exhibitions of the Rheingold Collection (selection) 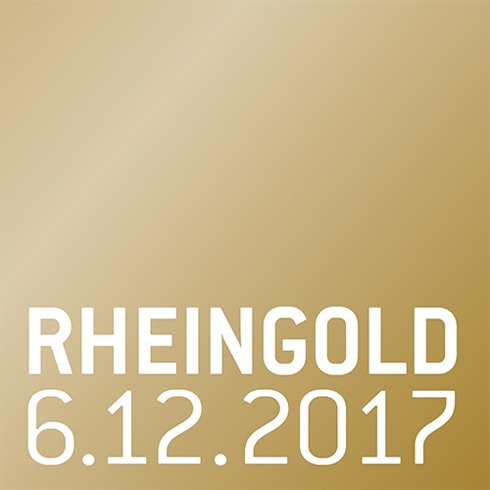